What I did on my Labor Day vacation, a story by me. 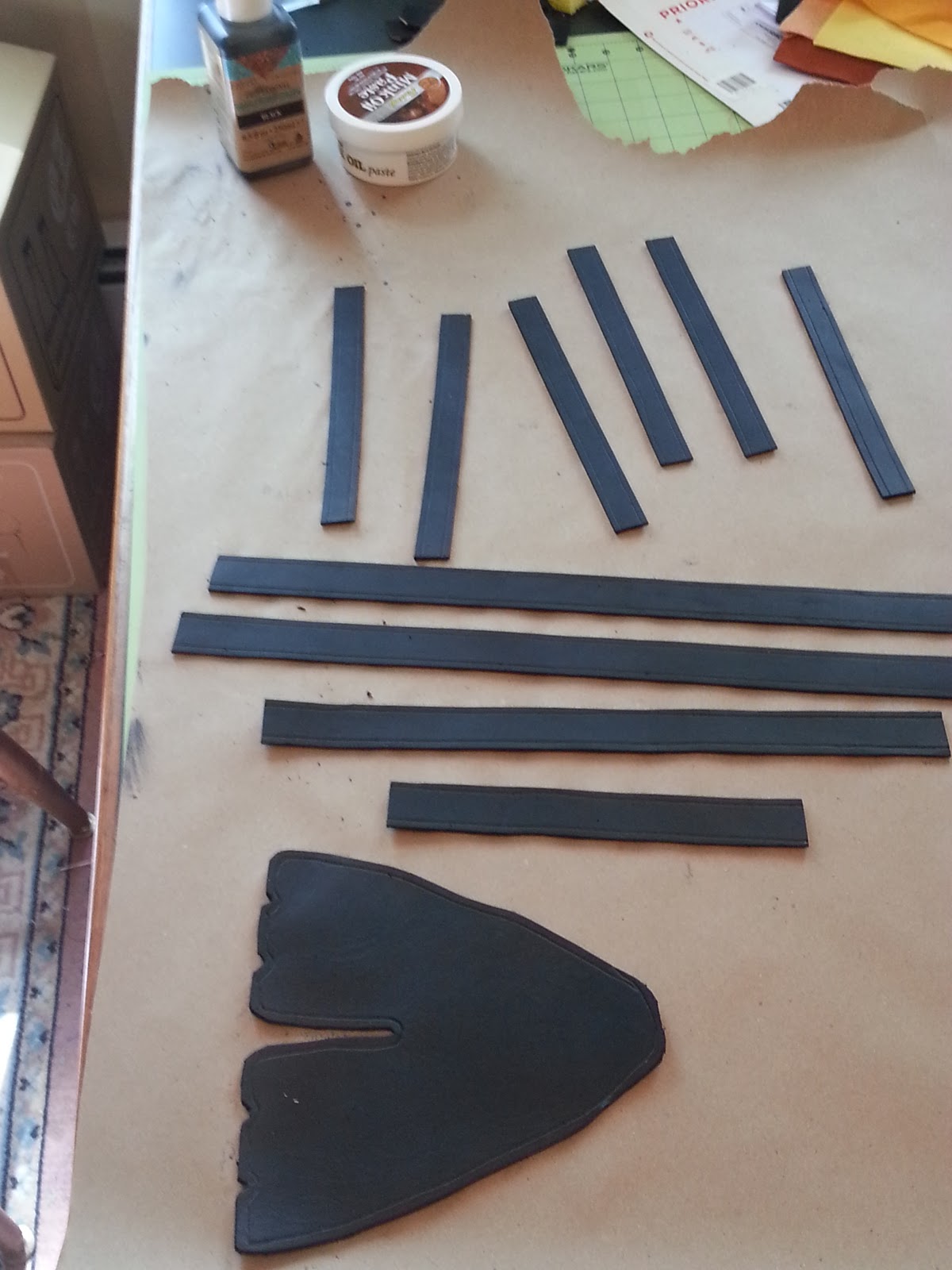 I started in on making the first of at least a few rapier hangars. Yay!

I'm using 4-5oz leather. I dyed it with Eco-Flo Water Stain (which according to my research doesn't need painting over with acrylic or anything), which was super easy to work with. (Maybe I'll try vinegroon soon, for more A&S goodness.) Some neetsfoot cream finished it (and made it smell pretty nice, too). The leather's a little stiff, but I imagine that'll break in with use.

I've got some rivets in the mail, and as soon as those get here I can assemble the whole thing, which will be pretty great. Then I can start in one the next one - I've got at least three I want to make, each of them being a little (or a lot) different in some ways. Actually, four - I think I want to make a yellow one for a Protege Rapier Hangar, for no good reason other than my own amusement.

I should grab some scraps and practice putting rivets in, though. You know, because. That seems like a good idea.
Posted by Donovan Shinnock at 3:27 PM No comments: