In which some non-weapon A&S is better than no content at all.

Man, I'm awful at this. So. Here's what I've got! I'm trying to plow through an Introduction to Fabris paper. It's... slow. I don't know if I'm just intimidated by writing it, or if I've taken on too much, or what. Either way though, I've promised to get this thing done and submitted for an A&S competition when it is done, so I've got to do that. Because promises, y'know? So that's a thing.

Therefore, instead of an incomplete paper, you get a couple pictures of proof that I'm engaging in non-weaponry related A&S! (Heresy, I know, and yet.) I've wanted to make a leather flask for a while. I've had the leather for ages, but I didn't do anything with it until I happened to ask Grim if he had a chisel I could use to make holes I could lace. I'd been looking for one that does multiple holes at once, so I can keep things even, and those things are expensive last I looked. But I'm being loaned one at Birka, so I can get on that next. For now though, I cut out the two sides I needed!

I'd printed out a pattern to use and after weighing down the leather to keep it flat, I used a totally not remotely period Sharpie on the rough side of the leather. I didn't have a real meant for leather knife either, but my roommate Marieta was kind enough to lend me a substitute. I put a cutting board underneath to save the table, and off I went! 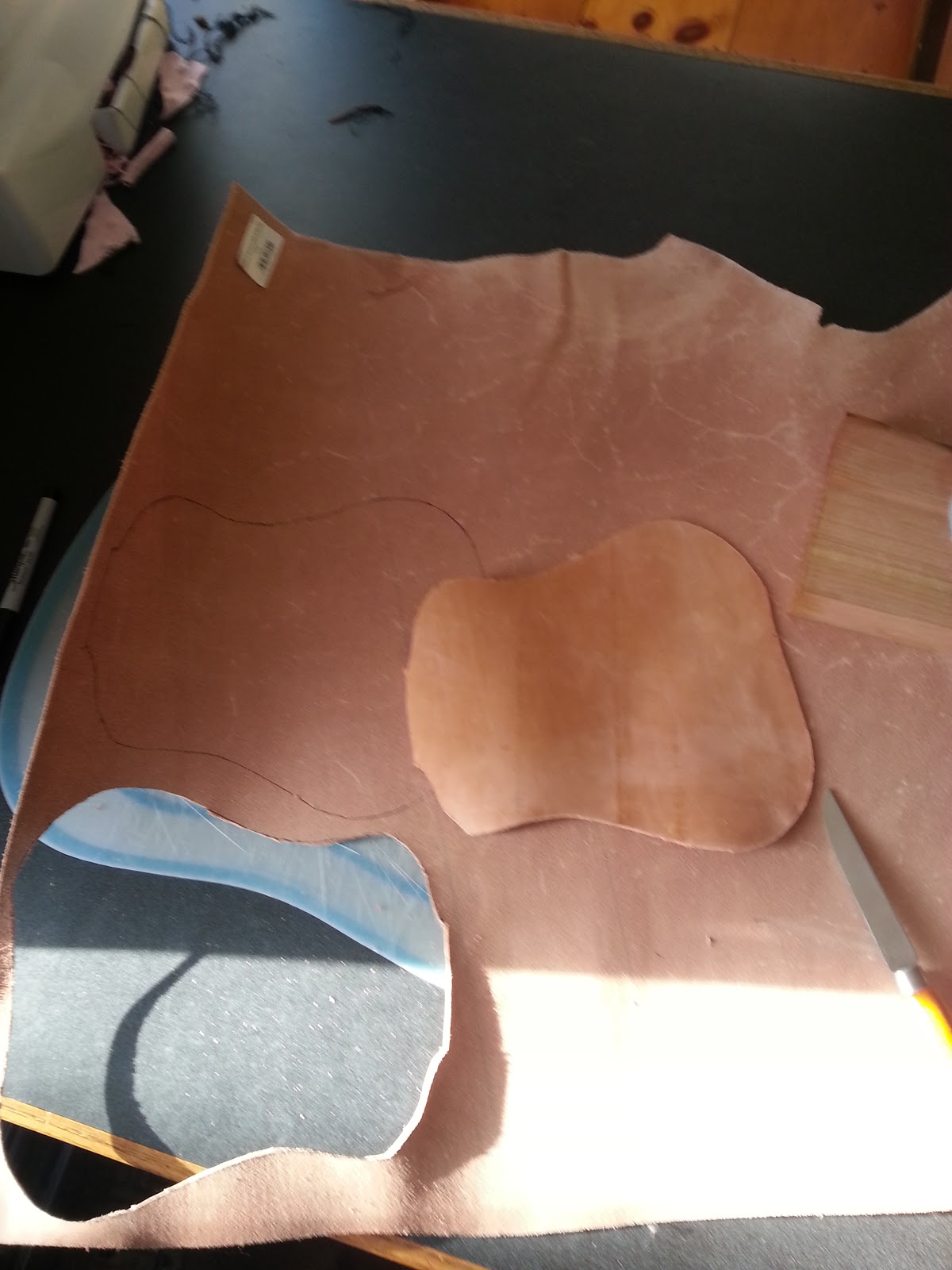 After cutting one side out, I used that to trace out a second piece. Hopefully that'll keep things a little more even. It all went smoothly, and now I've got them sitting aside, waiting until after Birka. Who knows, maybe there'll be someone selling some leatherworking tools there that I can use to do this better next time! Regardless, I'm ready to score some lines in the leather, put some holes in it, stitch it up, and then go pound sand.